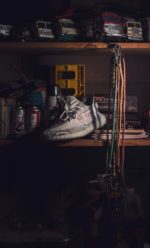 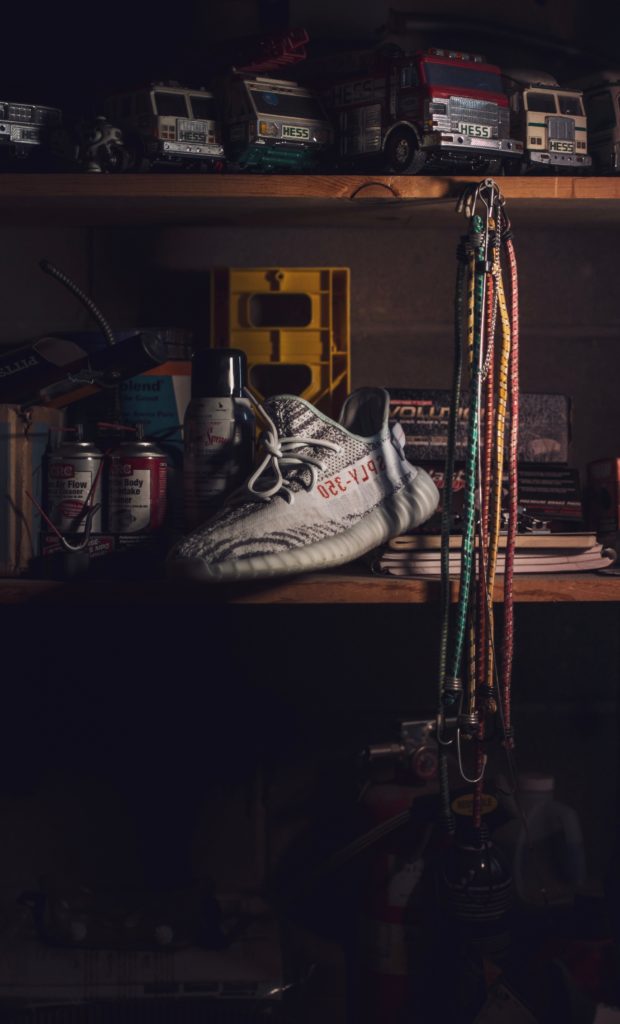 For years we had been telling people we would never move. Our little mountain town had everything we needed. It was a great place to raise our young boy, and the labradoodle loved barking up the hill into the forest surrounding Mount Defiance. Life has a way at laughing at your best laid plans.

A career change and an honest assessment of where we wanted to be in ten years led us back to Portland, Oregon, where my wife and I had moved ten years earlier, looking for a better quality of life. My first thought as we prepared to leave Hood River for the Rose City? “Ugh, moving.”

For three years the junk piled up in the garage. Empty diaper boxes lined the walls –– Pampers babies smiling their bright baby smiles. Empty cases of Full Sail IPA now contained old paint brushes. As I clumsily climbed through my neglected garage, children’s toys that had already been outgrown would sing their songs and play their electronic tunes.

When you don’t think you are ever going to move, it’s amazing the things you will let pile up. There were items that I didn’t believe our trash removal service could take. There was even an old sectional couch with large hole from a vacuuming accident four years prior.

I had put us in this position. How was I going to get us out? Now that we’re in Portland, I have Go Trashy for junk removal. I could have separated out the few items we wanted to keep, photographed the junk, and had a Go Trashy junk hauling specialist take it away at a great price. Needless to say, the junk removal app wasn’t an option. If it were, I wouldn’t have this tale to tell.

My only option was to rent a truck or van to take the recycling and the trash to the dump. The local trash removal options were either too expensive or unresponsive. In the end, I paid over $200 just to rent a van for two and half days.

When I pulled up to the cashier window at the dump, I was covered in sweat from loading the van. I could smell myself, even amongst all the trash. “I have half a load of recycling and half trash,” I said. The young guy in a bright yellow safety vest peered through the door at the pile behind me.

“Thanks,” I said. “I have at least two more loads.” He gave me a look of sympathy with a touch of confusion. I pulled through the gate and parked in front of a giant pile of reeking trash. The ground was squishy under my feet. How many years of waste had been bulldozed across this parking lot?

When I got back to the house, the day was beginning to warm. I would have paid any amount for a junk pick up service. Seriously –– any amount.

What bothers me most now actually isn’t the money, though. It’s the stuff that might have been recycled or upcycled. I was too tired and frustrated to take the proper time to sort and segment everything. Who knows what I threw out in my haste and rage. My wife might ask for a piece of art for the new house and I won’t be able to find it in the boxes because I accidently brought her family heirloom to the dump. Just a hypothetical, but a likely one nonetheless.

I wrote four checks to the Hood River garbage folks on that warm spring day. I think the cheapest was the first one. Then there is the van rental, the items accidentally thrown away, the environmental impact of a missed recycling opportunity or two, and of course the physical toll of a day spent toiling in trash. To say the costs added up is an enormous understatement.

What can you do to avoid my fate?

Use a Trash Removal Service

It’s well worth the cost, and you may even find it to be less expensive in the end. I know I would have.

As I mentioned above, there are new, technology enabled ways of doing this faster, cleaner, easier, and cheaper.

We are working parents who thought we would live in that home forever. I should have scheduled a cleaning, junk hauling, yard waste removal visit every six months to a year. I could have lived cleaner and saved time and money in the end.

I’m determined to make-up for missed recycling and upcycling opportunities during my garage clean-out. Just last week, I thought back on that day at the dump as I searched for a new home for my old couch.

The Rains Have Arrived

What is Your Junk Worth?