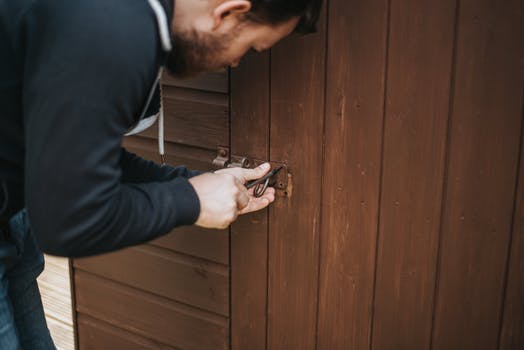 How a writer’s retreat cost us a security deposit

We probably would have rented the place anyway. It had been vacant for at least a year. Small trails of ants could be seen in the seams around the windows. It had that smell of old house, but the carpet was new and the price was right. We lived in a small town that filled up with vacationers in the summer, so rentals became nearly impossible.

We had brought the checkbook and we were giving each other that look that says, “It’s our only shot. It’ll work out OK.” The rental agent brought us out back and everything changed. The clouds parted. Birds sang louder. I think I remember a flute playing from the neighbor’s yard. In the corner of the neatly manicured backyard, under a large oak tree with branches thicker than my waist, stood a garden shed painted in the same scheme as the house.

We had been looking for a place where I could write after I got home from work. I had a novel dancing around my head, but I was short on the time and space to hammer away at the keys without distraction. We stood in the backyard holding hands and looking at the way the sun projected one perfect beam of golden light on the answer to our hopes: the writing shed. 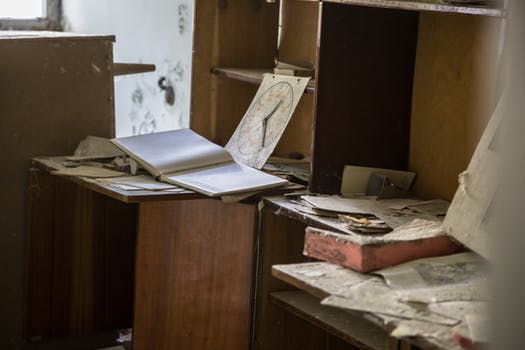 The writing shed lasted for a few months. I had a small space heater out there. I would get home from work on soggy winter nights and walk out to the shed after a beer and a snack. 500 to 1,000 words later, I’d come back inside, squinting at the bright light of the house. Some of the work ended up published and shared widely. Then things changed at work.

Work changes lead quickly to changes at home. When my company closed half a year after moving into our rental, I had to move the writing operation inside. Journalism and blogging became a day job, which meant the cold, barren, slightly uncomfortable shed just wouldn’t do. “At least we’ll have some storage space now,” my wife said.

We should have gotten rid of the boxes and the old worn swivel chair we moved into the shed, but we didn’t know about Go Trashy, the junk removal app, and we didn’t yet know the evil nature of clutter –– the way things pile up over time and end up costing you in the end. We had to get the house cleared out so I could work and so that we could live comfortably. A year after moving in, our shed was half full with storage boxes and rarely used yard work tools.

I’ve always had a pet peeve when it comes to trash cans. I cannot stand having them near the house. The waste removal company came only every other week. Half full cans next to the house drove me crazy, so we stored them in the shed.

We kept the lawnmower in there too. And we kept our old cardboard boxes out there. The packing materials. A few boxes of stuff we rarely used, like the food processor and the vegetable garden growing kit my brother in law had gifted us. We dried onions from our garden by hanging them from the rafters of the shed. When our composting experiment failed, we kept the large black plastic compost container in there too. 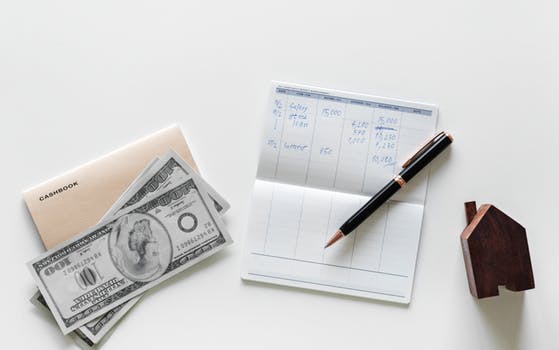 We rented for three years, but it doesn’t take nearly that long for a storage room to go from a writer’s office to a cluttered disaster, full of all sorts of things you don’t want, don’t need, and don’t remember are in there.

When we moved out, we realized that outside of the lawnmower and the trash cans, most of what was in there was total junk. Paint cans, old broken fans, bags of trash that never made it to the street for removal.

The shelf that had once doubled as my writing desk gave way under the weight of our junk. On move out day, I finally made my way to the back of the shed to find that mold was covering the lower parts of the wall. Mice droppings and debris covered the floor. Something wet had been back there too. The floor of the shed in the back corner was damp all the way through, ruined, and a small seam had opened allowing the sunlight to pour in.

Our security deposit was gone. A thousand dollars at a time when we needed the money to put together a nursery for our coming baby. It felt all the more expensive when we stopped to think about how avoidable the whole thing was. We could have called a junk removal company. We should have recycled or sold what we no longer needed. We should have kept the stupid trash cans somewhere else.

It’s been almost a decade, but I can still feel the sting of losing that money over such stupid, avoidable mistakes.