Mike and Diane thought no one would ever know

Mike and Diane met at a hotel bar in downtown Chicago a few years after college. It was obvious to those of us who knew MIke that marriage and a family were not far away. They used to wander the streets of Chicago after parties and gatherings with friends, intentionally taking the long way home, so they could spend more time together among the towering buildings.

They were married at the Lincoln Park Zoo in late spring, three years after meeting. In that brief time Diane had shaped our old friend into a whole new Mike. Their apartment was immaculately clean. Mike started getting promoted at work. Our shy, goofy friend starting organizing get togethers and inviting Diane’s father and uncle to be a part of our growing group of friends.

And he had a positive impact on her as well. One night the guys gathered at the Johnson’s place for a poker night. Diane’s father told me that he had never seen his daughter happier. She had always struggled to find peace of mind, he said, but Mike gave her a well of confidence and support. It was like I was listening to someone tell me about a stranger. But I could not have been prouder of the person Mike became.

It’s almost too perfect to be believable, but in all honesty, they bought a house in the suburbs with a white picket fence, and then they got a golden retriever. Their lives appeared picture-perfect. The home had a small park across the street. A three car garage was more than enough for their one shared car. They were only minutes from the train into downtown. They quickly made friends with their neighbors.

I offered to help them move a few weeks before their closing date, but Mike said he had it handled. When I arrived at the house, I knew why he didn’t need my help. All the stuff from their two bedroom apartment was gone. It had been replaced by new couches, chairs, wall hangings, even new end tables and coffee tables. The promotions at work were paying off, I realized. I smiled a little with pride at how far Mike had come.

After their housewarming party, complete with a signature cocktail and food hot off their brand new grill, I walked across the drive toward the train. A thick grey padlock was fixed on the third and farthest garage door. Surely they had security, I thought, but I didn’t think much else of it. 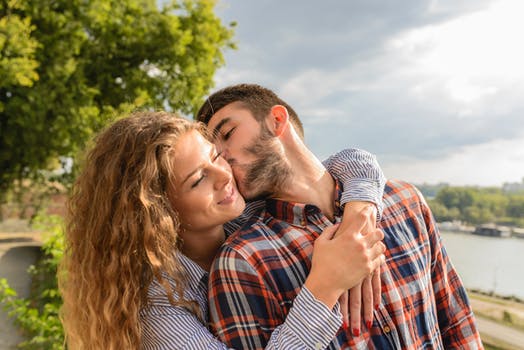 As we all met partners and started families, our visits became less frequent. Living a few suburbs away in the Chicagoland area feels like living the next state over. Still, Mike got us together a few times a year for summer parties or holiday get togethers. Every time we arrived, a few of us would wander around taking in the new stuff. They had those high end designer couches that you didn’t think anyone would ever actually buy. They looked like showroom pieces, not family furniture.

Mike always had the newest TV. He wasn’t too crazy about the size, but he was obsessed with the quality of the picture. Any time the technology improved, he upgraded his TV. I wish I had the guts and brains to ask for his old one. Truth is, I was a little embarrassed that I couldn’t keep up. Work must have been treating him really well.

When I visited a couple years ago, they had redone the kitchen and added a small glassed-in eating area off the back of the house. We watched our kids play in the backyard. It was surreal. On the way out, we stopped and waved from the drive. I almost walked into the family hybrid in the driveway. I looked to the garage and saw two more thick locks on each door.

It was six months or so before we were back again, and I had completely forgotten about the locked up doors until we pulled the van into the drive and Mike’s new car was parked next to the hybrid. Huh, I said out loud. I pulled the van in front of the third door.

I got up to use the restroom while everyone was gathering around the kitchen table for a late lunch. Mike was over the stove. Diane was doing dishes. On my way back to the bathroom I turned left instead of right and ducked through the mudroom toward the garage. There was barely enough space to open the door. Something was right in front of it. I felt around for a switch and found it next to the red glow of the garage door buttons.

I couldn’t believe it. Most of the stuff wasn’t even in boxes. I ventured in. It was like walking through their old homes in reverse order. Nearest the door were a few TVs and the couches they had replaced with the ridiculous new designer ones. There were kids bikes in descending sizes that lead to rows of wall hangings. I recognized each one from the past decade. I couldn’t venture past midway, but I held up the flashlight on my phone and peered far into the darkness to see the old furniture from their first apartment. Their mattresses alone took up enough pace for a small car.

Mike was at the door when I turned back around. He was bright red. He stepped into the garage and closed the door behind him. Please don’t tell anyone else how messy we are, Mike said. I promised I wouldn’t. Why didn’t you get rid of this stuff? I asked. Mike said he didn’t know where to put it. He was too embarrassed about all the shiny new stuff he was always getting to ask if anyone wanted his old things. Then he told me he had two storage units in the city full of old stuff they never use. He was almost in tears with embarrassment at his cluttered, junk pile of a garage. I gave him a hug and we walked back into the kitchen, not mentioning the discovery to anyone.